Modification of the executive project for renovating the building sited at Placeta del Pi, in the historical center of Barcelona. The new project solves the location of a toy library on the ground floor and the educational resource center of Ciutat Vella.

The aim of the intervention is to convert a 'corner' of the Gothic Quarter, a sensitive place from an urban and heritage point of view, transforming the existing disused building, closed and obsolete, into a container for public use. As a result, the Gothic towerbell of Santa Maria del Pi was released, hidden for centuries by the building that was attached to it. The most damaged part of the building is demolished and the main façade and the first bay are maintained in order to preserve the historical character of the square. To complete the building, a new body with a metal structure and zinc skin is built behind it, which is concieved separate from the pre-existing one, so that a dialogue is established between the new and the ancient.

The ancient part is restored, and the new one is formalized with light materials and of contemporary invoice. The new container gesticulate and dematerializes as it faces the bell tower, making its ashlars the fourth closure on all floors. The new façade  is conceived as a reinterpretation of the Gothic style, where the stone material turns into a semi-transparent skin of slats, the impost lines are translated into metallic profiles UPE, etc.

The need to do the work in only 7 months conditioned the process of work and execution. Due to the nature of the site, this could not be linear (demolition-archeology and construction) and the three 'phases' took place in a coordinated way and sometimes simultaneously. 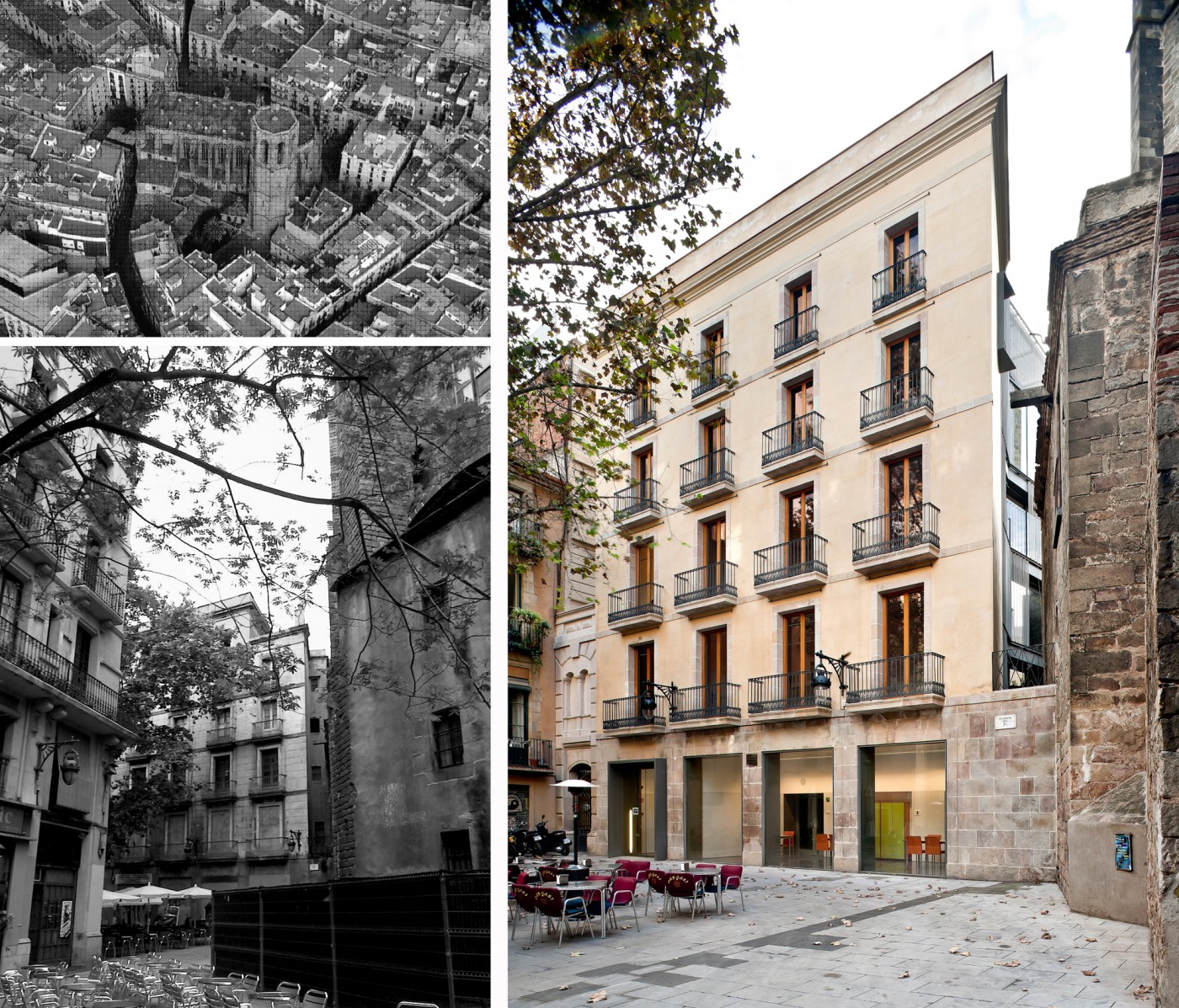 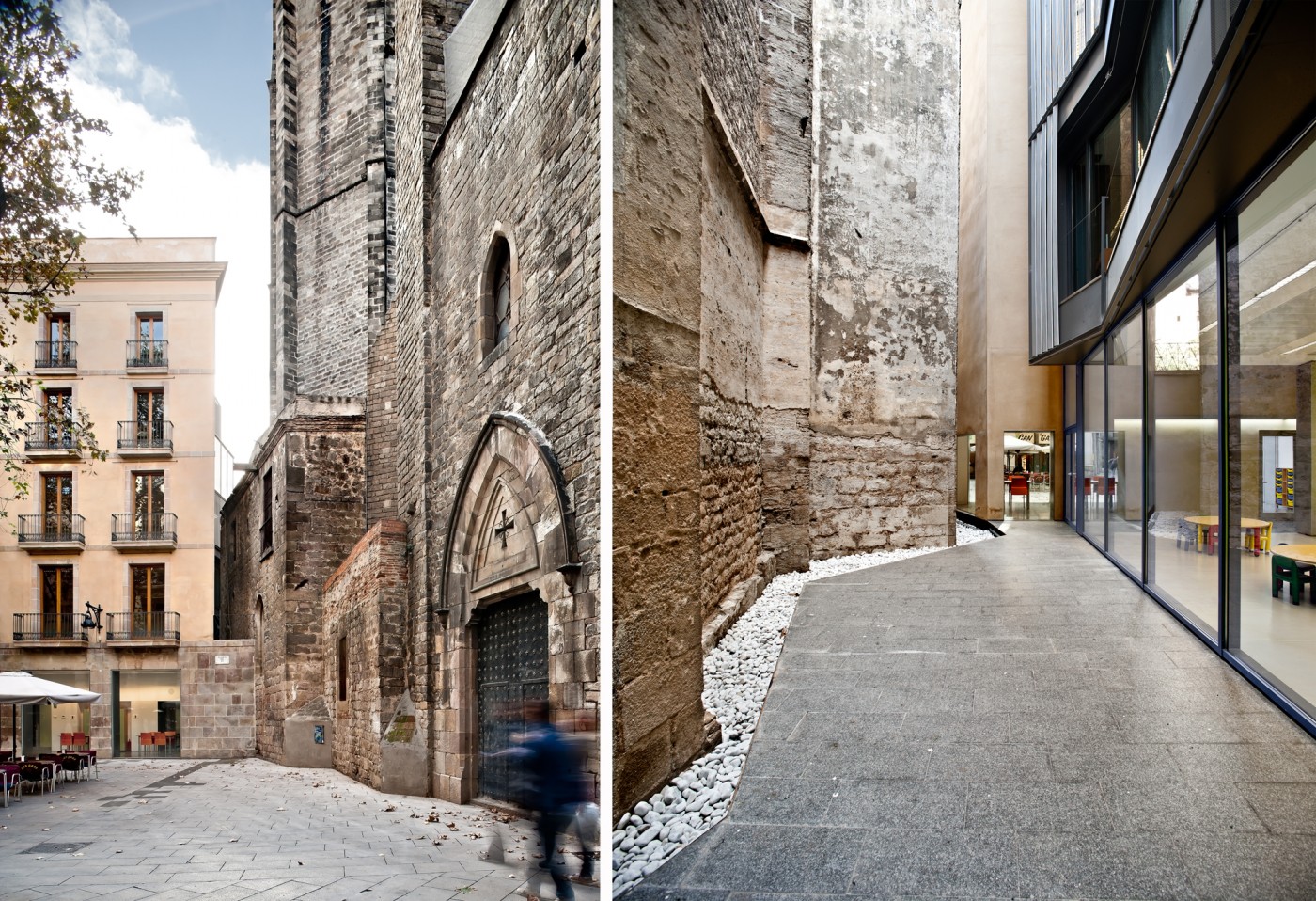 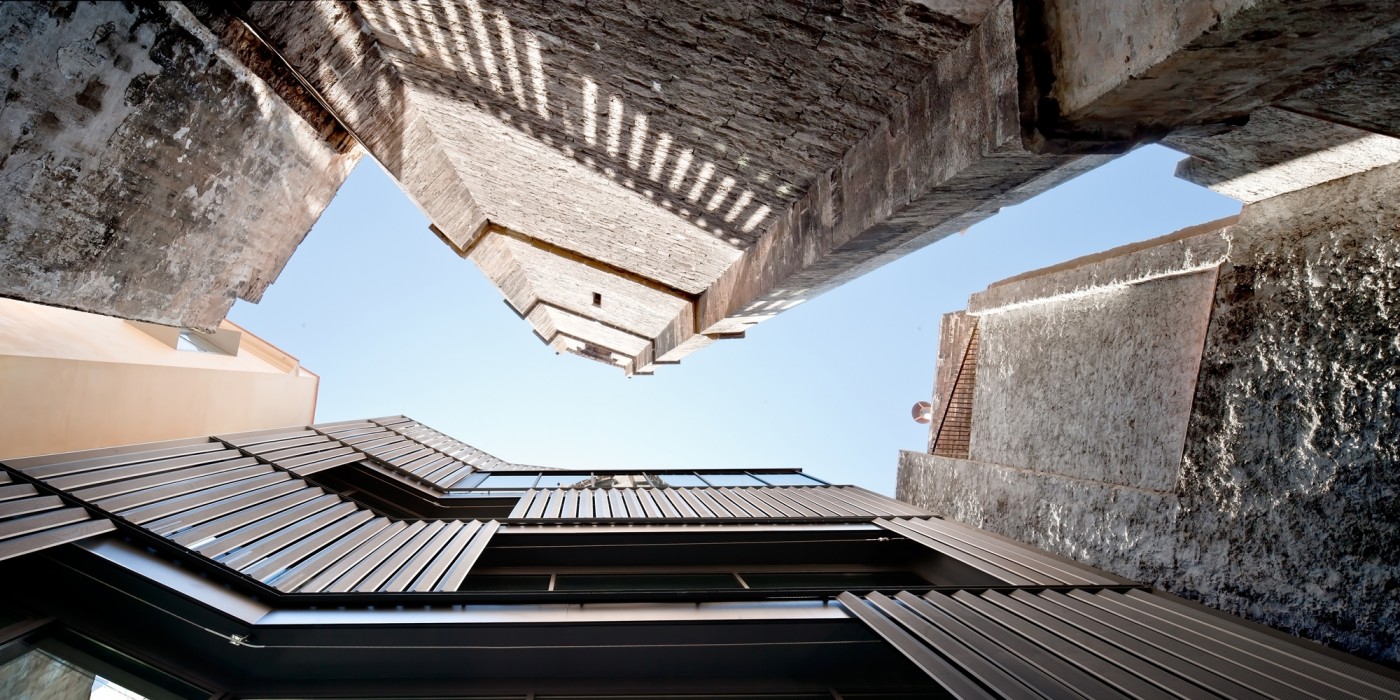